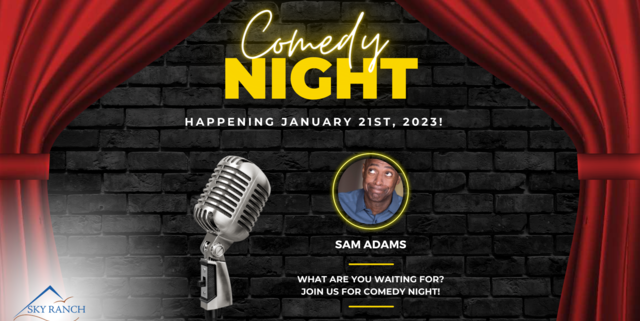 Join Us for Comedy Night

sports journalist, a keynote public speaker, and a television

During the summer of 2018, the ‘True Color’ video clip from Sam’s

with over 10 million Facebook views in less than 72 hours. The

free and filled with observations about his every-day encounters.

He has shared stages with national-touring comedians and music

What are you waiting for? Join us for Comedy Night!